Six NHEHS girls from Year 9 and 10 have won the national final of the British Council and HSBC’s Mandarin Chinese Speaking Competition – and an all-expenses-paid trip to Beijing!

More than 70 schools from across the UK entered the competition.  After impressing the judges with their language skills in a regional heat in London in December, the NHEHS team went on to compete against 11 other schools in the grand final which was held at the British Museum on 9 February 2016. 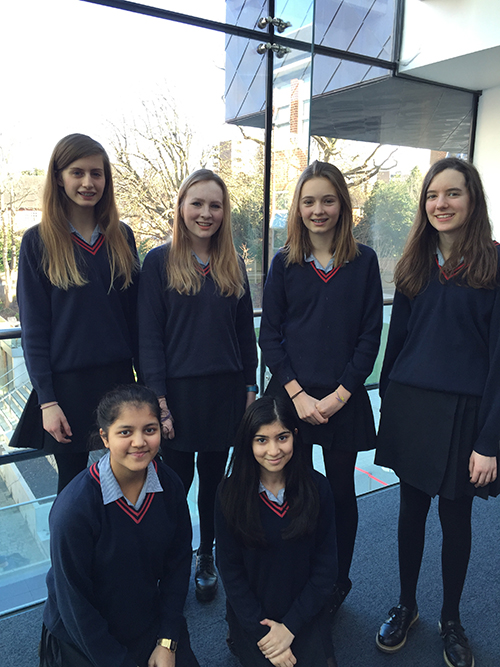 Lucinda Hunt, Head said “I am absolutely delighted by the team’s success in this very prestigious competition. The girls have been working hard to prepare but, more importantly, have thoroughly enjoyed the whole experience and are extremely excited about winning. I am so proud of them, and of the Mandarin department. At NHEHS we believe that speaking a foreign language is enormously important for social and economic reasons, but that true communication comes from an understanding of the culture, history and context that inform a language. With our new world Languages Pathway we offer Mandarin from Year 1 and German, Spanish and French from Year 7, giving girls opportunities like this one, to become excellent linguists and confident global citizens.”

Cassia, Gabby, Flossie, Eshana, Bella and Dhruti have been learning Mandarin since Year 7 and they were accompanied on the day of the competition by one of their Mandarin teachers Mrs Paula Luo.

The girls all agree that taking part in the competition has been a great experience saying “Although it was hard work and we rehearsed practically every morning before school we really enjoyed it and got the most out of it that we possibly could. Our confidence in speaking Mandarin, especially our pronunciation, has improved a lot. It was such fun and we’ve won the most amazing prize. We are so looking forward to going to Beijing.”