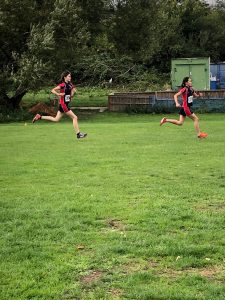 On the 3rd of October 26 girls from NHEHS attended the Ealing Schools Cross Country Championships.

The Year 7/8 race was first with the girls race 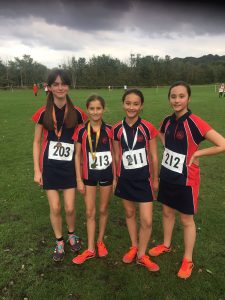 Eadi’s very fast winning time was recorded at just one second over 7 minutes! Emma in Year 7 also placed in the top 10 even though it was her first cross country event for NHEHS!

The year 9/10 race was the slightly longer distance of 3k.

This race had some tough competition with the winning time coming in in just over 8 minutes. Evangeline in Year 9 placed in the top 10 with a superb time of 9.46! Ella and Kathrine also placed in the top half of the race but all competitors contributed in gaining points for the NHEHS team.

The girls produced a real team effort with all girls finishing in the top 10. Jasmine finished in 1st place even though she was 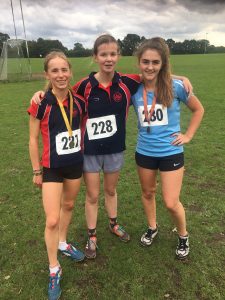 racing girls a year older than her and finished in a very quick time of 10.46. Fiona raced to the bronze medal, Lauren finished 6th and Amelia placed 8th.

A special mention should also go out to the girls that finished top six; Eadi, Nicola, Natasha, Rosie, Jasmine, Fiona and Lauren who have all been given the opportunity to represent the Borough of Ealing in Cross Country at the London Youth Games in November at Parliament Hill due to their quick times. Many congratulations! 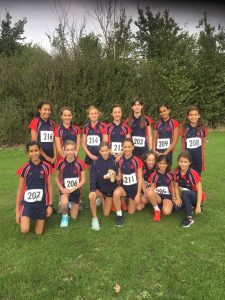 A very successful day and very proud of all the girls that took part. Fingers crossed for next year!