A big thanks to Mr Shoults for coming to the rescue on D of E!

A big thanks to Mr Shoults for coming to the rescue on D of E! 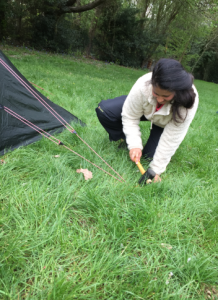 Bronze D of E is a great opportunity for young people to get involved in a range of activities that they wouldn’t usually take part in. It consists of completing a physical activity (e.g. 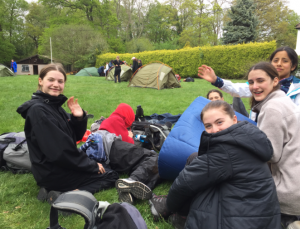 netball, climbing or swimming), a skill (e.g. learning to play an instrument or learning to knit), a voluntary job (e.g. helping in the school library, a soup kitchen, or a charity shop), and finally an expedition where you plan routes, walk carrying all your gear and go out camping.

On our practice expedition, we walked a total of 24 km over two days while camped overnight in a private scout campsite in Hedgerley. 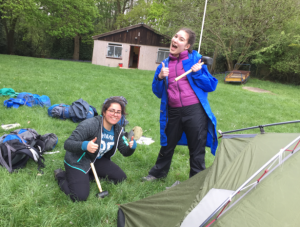 We really enjoyed the walk and hardly got lost, though we heard that other groups weren’t so lucky. Having arrived at the campsite, we all collapsed and remained lying on the grass for a good half hour before setting up our tents and preparing dinner. We, along with the majority of the other groups decided to cook pasta. We sat down and devoured a delicious meal, enjoyed a warm mug of hot chocolate, and finally zipped ourselves into our sleeping bags. Then next day was even better, and we were relieved when we met our parents ready to drive us back home for a hot bath and a good night’s sleep. 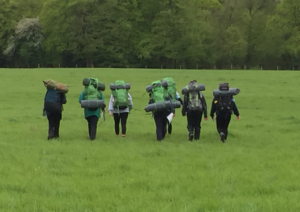 The real drama came with our assessed expedition to Avebury. The first day was a success. And similar to in the practice, we arrived in good time and set up our tents. We then went off in search of some good sticks to whittle into skewers for marshmallows. Again, much like before, we slept well(ish) and set off bright and early the next morning.

Sadly, we weren’t as fortunate as we had been during the practice. We arrived at the woods, knowing we were supposed to meet Mr Shoults somewhere near the entrance. Despite not being able to see him, we decided to follow what we thought could only be entrance and assumed that he would be waiting for us inside. We were wrong. What appeared to be a path, it turns out, was not. Soon enough, we found ourselves surrounded by nettles, brambles, trees, branches, and insects, but without a path in sight. We then spent the next half an hour battling our way back out of the woods until we, covered in scratches and lacking enthusiasm, eventually came to a road. In the road was a car, and luckily for us, in the car was Mr Shoults! We were so relieved when he climbed out the car and pointed us in the right direction, and we set off again, this time in the right direction!

We are so glad that we completed Bronze D of E and we can’t wait to do Silver!