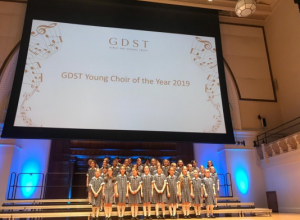 On Thursday 21st March, our Junior Chamber Choir comprising 37 Year 5 and 6 girls competed in the GDST Young Choir of the Year at the prestigious Cadogan Hall in London.

Together with choirs from Oxford High Prep, Putney High Junior, Howell’s Prep Cardiff, South Hampstead High and Blackheath High Junior schools, NHEHS performed in front of a panel of judges including Anna Lapwood, Director of Music at Pembroke College, Cambridge, composer Anna Appleby, and Kevin Stannard, Director of Performance and Outreach at the University of Wolverhampton.

NHEHS were the third school to perform and prepared two songs, which they performed beautifully and with big smiles on their faces: “For 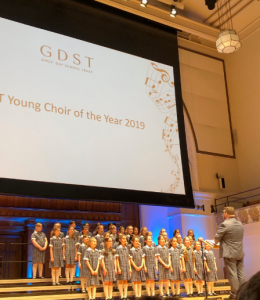 the Beauty of the Earth” by John Rutter and “Lullaby of Broadway” by Harry Warren.

Our choir was conducted by Mr McLaughlin and accompanied by Mr Aston. 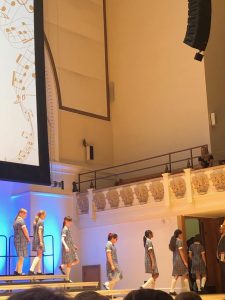 The judges were faced with a difficult decision to make, such was the quality and variety in styles of all the performances.

As they were deliberating, all six choirs sang a wonderful ensemble of “This is Me” from The Greatest Showman which resonated all around the venue.

After taking longer than anticipated to make their decision, the judges declared 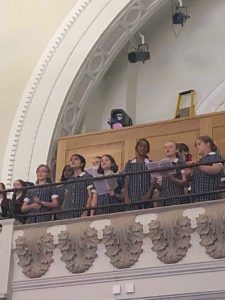 South Hampstead as the winners.

Although our choir did not win, the judges were very impressed with them and said that they are ‘a choir that is going places.’

We were incredibly proud of the girls and they all had a brilliant experience.

You can watch the whole competition, including our choir’s performance (NHEHS sings from 23 minutes in) on the GDST video here: