To get you in the mood for the fun term of sport ahead, our Games Captain Jo Jo has made this short video to introduce you to PE at NHEHS.

We’re looking forward to a busy term of sport here at NHEHS which starts with our Year 7 netball trials on Thursday from 4-5.30pm. Everyone is welcome, no matter what experience or ‘perceived’ ability – we run teams from A through to F and have a development group, so we have a netball team right for every pupil.

You’ll also get the chance to sign up for any of our clubs – no previous experience necessary.

Please see Miss Greenslade if you are interested in joining the paid clubs.

Also, please put the 13th September in your diaries for our Year 6 and 7 netball workshop after school with some top international netballers! Keep your eyes out on our Twitter @nhehs_sport to see which top netball stars we have lined up! Looking forward to seeing you all there! 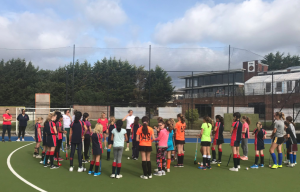 We got the new sporting season off to a great start last Friday with a fantastic hockey workshop at Indian Gymkhana led by Kate Richardson-Walsh, Captain of Team GB’s gold medal winning hockey team from the 2016 Rio Olympics.

There were three sessions, starting with the Year 7s, many of whom were brand new to hockey. Games Captain Jo Jo and the Sports Reps helped with 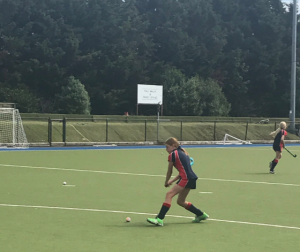 the “getting to know you games” and with some great tips on passing and dribbling the ball. The lucky Year 7s then got to take part in a Q&A with Kate and heard some inspiring stories about life at the Olympic Games, plus tips on motivation and why hockey is such a great sport, followed by photos and autographs!

The Year 8s & 9s worked on their technical skills – on ball placement, receiving the ball and shots on goal. The girls improved in confidence as the session went on and Kate Richardson-Walsh talked about knowing your own “super strengths” – encouraging the girls to identify what they are good at and what they bring to a team. 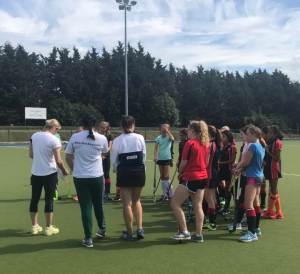 The final session for the Senior girls was followed with another great Q&A which covered all bases – from the Olympics, McDonalds & Pin Badges, to the importance of taking time out for yourself!

Thanks so much to Kate for coming – such a great role model for the girls!