“Change Starts with Us” – Sophia’s Story

“Change Starts with Us” – Sophia’s Story

Ahead of Anti-Bullying Week (November 11-17th),  our Lower School Leaders from Year 8 led Thursday’s assembly to speak about the theme of 2019’s Anti Bullying Week – “change starts with us.” At NHEHS we are proud to have leaders throughout the school who make small changes that can have a big impact.

Each leader spoke in turn about overcoming obstacles relating to major change in their lives  and how they have been supported by those around them to bounce back stronger.  They also linked their own personal stories to inspiring women in the public eye who have faced and overcome change in similar ways.

We will be sharing their stories over this week, starting with Sophia and her big change, plus the inspiring influence of Serena Williams: 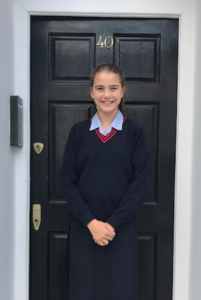 “I’m Sophia and I will be talking about a change that I have experienced and the people that helped me through it a well as a big change for an inspiring sports woman.

A change that I have experienced very recently is actually moving to Notting Hill and Ealing High School. At the beginning of the year I didn’t know anyone. I was worried that since everyone had already been there for a year they would’ve already created their own groups and made all their friends and they wouldn’t be open to new friendships but I realise that I was wrong. During my first few weeks when I had those moments of doubt I finally understood how my family will always be there for me. From day one, everyone has been so friendly and welcoming and really made me feel that I belong at this school. I have created great new friendships with lots of girls, ones that I hope to keep for years to come.

In 2017,  World No.1 tennis player Serena Williams gave birth to her daughter Alexis but had difficulties and underwent several surgical procedures after blood clots had settled in her lungs, leaving her unable to get out of bed for six weeks. She had been out of the game for nearly 10 months, working to recover and be able to play tennis again. Not many people thought she could come back and win titles again, with many publicly writing her off as a top player.  However, she did not give up and  just 5 months into her return from maternity leave, she surprised experts and spectators storming to the Wimbledon final in the summer of 2018. Her parents, her sister Venus, also a grand slam tennis champion and her husband have always supported her love for tennis especially during her maternity leave and recovery from surgery.

I’m going to leave you with a quote from Williams, “ I really think a champion is defined not by their wins but how they can recover when they fall.”