Here at NHEHS we’ve been following the Clipper Round the World Yacht Race since last summer, with a special eye on Mr Kerrison’s team aboard Garmin.  Last week they finished second into New York and will be setting off on the Leg 8, the so called ‘Homecoming’ leg on 20 June. 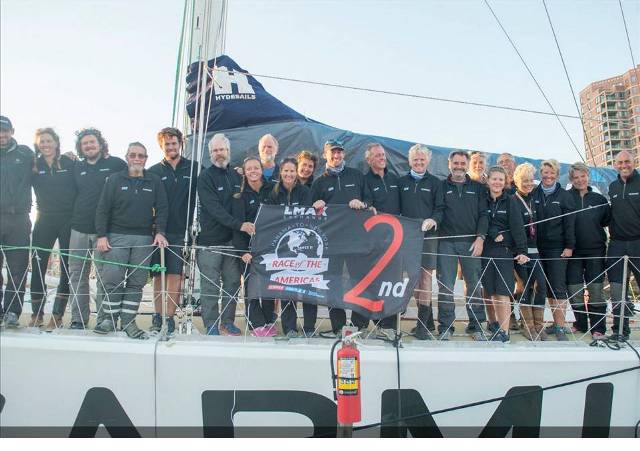 Garmin is currently lying in fourth place overall in the race and with third place having been decided on the last race of Leg 8 in the last two Clipper Races the competition is going to be fierce as teams battle it out for the final race points. The 3000 nautical mile Atlantic crossing will finish in Derry, Northern Ireland after which there’s the race to Den Helder in the Netherlands and finally it’s on to London.

If you want to cheer them on, they will be coming up the Thames on Saturday the 30th of July!