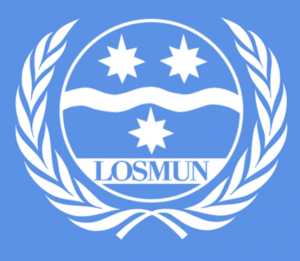 A group of Year 11 and 12 students from NHEHS travelled across London to spend a full day debating some of the most pressing issues facing the world on November 23rd at LOSMUN 19 (London Oratory School Model United Nations Conference 2019).

With this year’s LOSMUN being the first MUN for many of us, this was an immensely gratifying experience as we learnt not only the essential skill of public speaking, but the intricacies and structure of an MUN assembly. Confidence, I found, was something I lacked when it came to addressing my fellow peers. Therefore, this was a brilliant opportunity, within an informal atmosphere, to appreciate the importance of expressing one’s viewpoint with conviction.

Jess Berry and I represented members of SPECPOL, with the two topics of debate being the Yemen civil war and the increasing threat of Small Arms and Little Weapons. These topics were unknown to us, so it was a welcome chance to expand our knowledge on such important issues. Both these topics were debated with great ferocity, with amendments being enthusiastically offered up to each resolution. Speaking in defence of your country’s political position or against another country’s beliefs was something we observed with great admiration and amusement; whether viewing people’s ability to talk with such passion, the way Points of Information were received with eagerness and witnessing the progression of debate as ideas were developed and expanded.

The General Assembly was also one of friendly fire and intense discussion. The crisis that all country representatives were tasked with was the current emergency in Hong Kong. With the situation dire as protestors, calling for universal suffrage and the right to democratic reforms are faced with increasing opposition from the police and Chinese government, the GA sought to find ways to address the situation. I found the avid note passing as well as heated negotiations concerning resolutions that aimed to find a solution, were a great thrill to witness.

Overall, this was a hugely beneficial experience, showing us all the importance of international cooperation in times of political emergency. Additionally, the knowledge I have acquired surrounding current and pressing issues which threaten individual rights has been invaluable. I am also much more aware of the problems that endanger the democratic progression of our world and the need to solve them.

We would like to thank London Oratory School for creating and holding such a fantastic MUN and Miss Gordon for organising and encouraging us throughout the process!