Did you know NHEHS has an Olympian on its staff?

Did you know NHEHS has an Olympian on its staff? 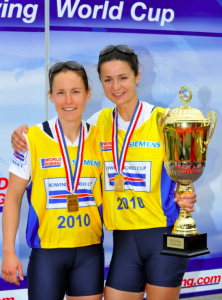 Our Year 10 Journalist Leaders didn’t, so they set out to interview Miss Goodsell, Director of Music at NHEHS, who was an Olympic rower!

How old were you when you started to row?

I was sixteen when I started rowing at Latymer once a week. At seventeen, my coach told me that if I trained 10 times a week I might actually be quite good.

What made you decide to row at a professional level?

I had a coach called Don McLachlan at school. I followed him round various rowing clubs and he got me to an international standard.

Music and rowing are very different. When and why did you choose to change your career? Have you always liked music?

I’ve wanted to be a music teacher since I was six. The rowing was a random aberration in the middle! The opportunity came up and I took it.  Rowing and music are actually quite similar. They both involve regular practice and they are both a form of performance. You need a strong work ethic for both.

Were you excited to be in the Olympics?

Well, every year there is a major championship and every four years that championship happens to be the Olympics. It was still very exciting.

Where you close to your rowing partner? What was it like working in a pair?

Do you still row? Would you ever consider going back to it?

No and no! I don’t want to be bad at something I used to be good at! Also I have a disc fusion in my back which would make it harder.

What advice would you give to aspiring sports people?

The reason I succeeded was that I did what the coach said. If he told me to spend 100 minutes on the water I did 100 minutes not 95. It’s about the ethos of not cutting corners. You have to be absolutely dedicated, and train your psychology as well as your physiology. Your psychology can make things go well or terribly.