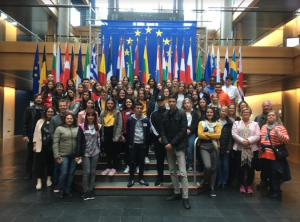 Over the last two years, NHEHS students have met up with students from schools in Bulgaria, France, Germany and Sweden to collaborate on projects on the theme of gender equality as part of the Erasmus Programme.

Last week, 13 girls from Year 9 travelled to Strasbourg for the culmination of the programme with Mrs Swift, Mr Smith and Miss Yurteri and were joined by Mr Shoults 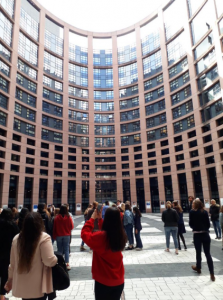 for the final day. Staying at the European Youth Centre, students from all the different countries collaborated throughout the week in mixed groups with one half focusing on producing a film and the other designing a poster – both on the theme of gender equality in media.

At the end of the week the students were asked to present their work to the rest of the groups and also at the Strasbourg Town Hall.

To take part in this year’s Erasmus Programme, NHEHS girls were asked in the autumn term to apply by creating their own videos on “Why gender equality matters.” The theme continued every Friday when the 13 successful applicants met up to discuss gender equality in the media, debating both adverts, articles and front covers of magazines.

We interviewed Sakeena from Year 9 about her Erasmus experience: 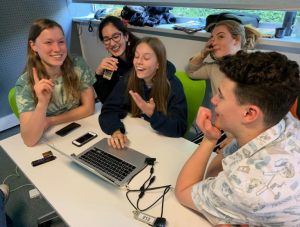 What did you learn from taking part in the Programme?

I worked in one of the poster design teams with students from Germany. We learned practical skills such as Photoshop, designing, editing and presentation skills.

I was very nervous about the public speaking part, but everyone was so friendly and positive that my nerves soon disappeared. 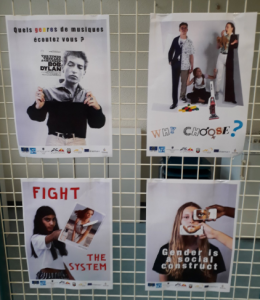 We also learned the importance of working in teams, prioritising tasks as well as listening to very different perspectives from the different countries and learning how to persuade other people.

It was interesting just how varied the opinions were from all corners of Europe – there was no single European view.It was also great for me to practise my German!

What was the best thing?

We really enjoyed the visits to the European Parliament and Strasbourg Cathedral, but the best thing was making friends with the students from the other countries. We have set up a big Whatsapp group for us all to keep in touch! 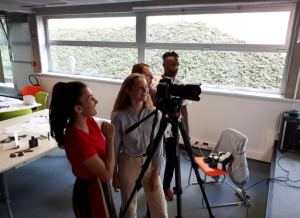 What was the funniest moment?

One of the NHEHS girls applied too much make up to one of the German boys when we were preparing for the poster photo shoot! It was very funny.  Brexit was never too far away but didn’t overshadow our time in Strasbourg at all. We all really enjoyed the week and were very grateful to be a part of this amazing Programme.

To celebrate the Programme, an Erasmus Day is to be held later this term – watch this space!