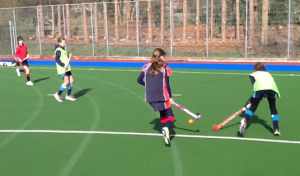 On Monday 4th March an U11 NHEHS Hockey Team took part in the first U11 Middlesex Hockey Tournament at St Augustine’s Priory.

Mrs Greenslade ran a few extra training sessions in preparation for this tournament, as we anticipated that the competition would be strong. Each team played three matches which were 10 minutes each way.

First up for NHEHS were hosts St Augustine’s who we had already played in a friendly. Both teams were equally matched. Although NHEHS had most of the possession we were unable to find the net so the match finished a draw 0 -0.

The next game was against St Benedict’s and once again this was going to be a close match. NHEHS were feeling more confident and 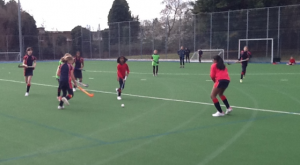 despite great defensive play, St Benedict’s managed to sneak a ball into the goal, winning the match 1-0.

The final game of the tournament was against the very strong Highgate team who had not lost a match. NHEHS were beginning to work well as a team and their strong defence helped keep the score goalless at half time. Highgate were a little worried by this score and were given a strong half time talk by their coach and definitely picked up the pace in the second half. NHEHS were finding it difficult to keep possession and Highgate managed a few goals in quick succession to win the match 4 -0. 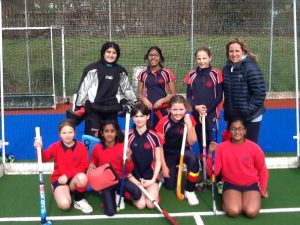 It was a great experience for all who played in the NHEHS Team and Mrs Greenslade was encouraged by the determination shown by each girl.