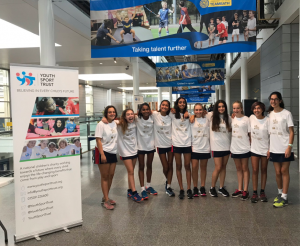 On Thursday the 12th of September, ten year 10 students went to the Girls Go Gold Conference at Bath University. We started the day with a talk from 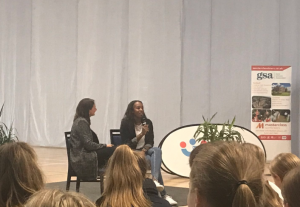 ex-England netballer Pamela Cookey! She talked about how even after retirement, the skills she learnt from sports, such as teamwork, leadership and confidence, help her in her engineering job. Cookey reminded us about the transferable skills which you get from participating in sports at school, no matter the level you are playing at.

Then seven of the group had a netball training session led by students from the University, who play for the Superleague team,  Team Bath. The session focussed on passing and got us running around and training. The other three of the group participated in a hockey session, led by Bath University Hockey Team members. They had a chance to practice where the University players train and participate in small sided matches with girls from other GSA schools.  Following the practical sessions we went on a tour of the campus, which was big and had a really nice lake in the middle with a lot of greenery! We all enjoyed having an early lunch and our practical sessions and early start to the day!

After lunch we had a really interesting workshop on sports nutrition, diet and hydration, reminding us of the huge impact a good, balanced diet can have on our practical performance. A particularly memorable quote that the speaker showed us was ‘Athletes eat and train, don’t diet and exercise’, she also told us about the Brownlee Brothers’ attitude to eating, emphasising the importance of ‘simple, quick and healthy’ meals. 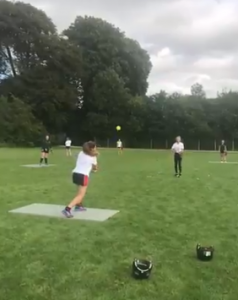 After that, we all thoroughly enjoyed playing softball for the first time, against another school, we quickly got used to wearing big gloves on our left hands. Having won, we came away from it hoping we could play it again!

Finally, after all the excitement of the day, we all listened to a presentation by a woman from Polar Performance, the first all women team to cross Antarctica. 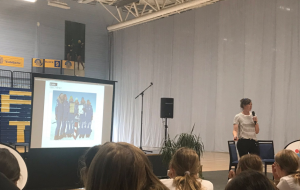 She was in the army and told us about how she had been inspired by someone else who had crossed the Antarctic but when she asked him how he had got a place on the team, he said ‘He was at the right place at the right time’. Unsatisfied by his answer, she set up her own team through the army. None of the women had been to Antarctica before, but their two years of hard-work and commitment lead them to succeed in beating their targeted time. She inspired us not to wait around for an opportunity, but to create one for ourselves and to work hard to achieve our goals.