Half the World in Half Term

Half the World in Half Term

A once in a lifetime opportunity! 41 girls from Years 10, 11 and 12 travelled to Beijing, Xian and Shanghai with five of their teachers in a cultural extravaganza designed to put their enthusiastically learned Mandarin to good use.

First stop Beijing where the girls visited Tiananmen Square, wandered the Forbidden City, saw the Temple of Heaven and the Summer Palace (after a boat ride), saw Pandas at the zoo and went to the Olympic Park. They also walked part of the Great Wall of China and learnt to drink tea the Chinese way!

An important part of the trip was a visit to Beijing No 80 High School, with whom NHEHS has an exchange relationship. The girls met their fellow Chinese students for a language exchange (and some Mandarin lessons).

An overnight sleeper train took them to Xian to see the Terracotta Warriors. They also cycled along the ancient City Wall, visited the Bell and Drum towers and even had a calligraphy lesson. Another overnight train to Shanghai where they saw the Jade Buddha Temple, Shanghai Museum, the Bund, cruised the Huangpu River, spent time looking at the street art in Tianzifang, navigated the subway and experienced shopping in a local supermarket. Mandarin skills were then put to serious test in the local street market where prices for keepsakes were haggled hard and fast! 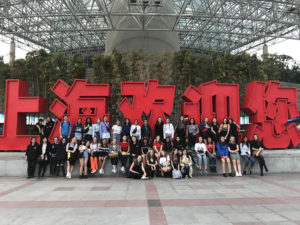 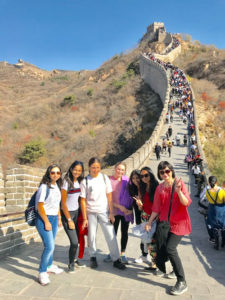 Back to Europe, through Russia

Moscow and St Petersburg next! 23 girls from Years 11-13 travelled to Russia on a 6 day History trip to complement their work in A Level Russian History while for GCSE students it was a chance to see some key Cold War sites.

From Red Square and the Kremlin in Moscow, they then boarded an overnight train to St Petersburg, where they saw life through the eyes of Tsars with guided tours of the city and famous palaces such as the Winter Palace. A final night of folk dancing rounded off this amazing trip. 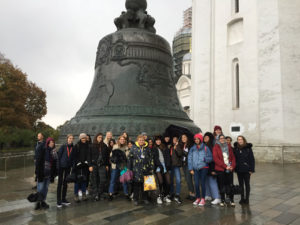 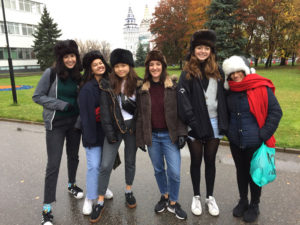 And on the way home, via Italy!

Celebrating their love for Latin, 31 girls from Years 9 and 10 took a whistle-stop tour of classical Italy taking in Rome, Pompeii and Herculaneum in just four days!

In this culture packed trip, the girls revelled in the majesty of the key sights of Rome; the Pantheum, Coliseum, Capitoline museum, Paletine Hill and Spanish Steps. They also made their wishes at the Trevi Fountain and re-enacted scenes from their Latin learning in the Forum.

From Rome to a beautiful villa in Oplontis and then on to explore the extensive site of Herculaneum with an overnight stay by the sea in Sorento. Final stop, Pompeii for another vibrant snapshot of classical life.

Plenty of time was allowed throughout for gelatos galore, pizza and for chic shopping! When in Rome, after all…! 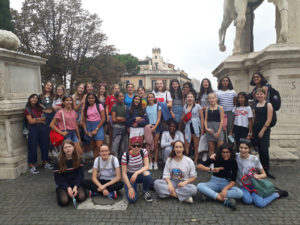