Hidden Talents Behind the Scenes at The Rocky Monster Show

Hidden Talents Behind the Scenes at The Rocky Monster Show 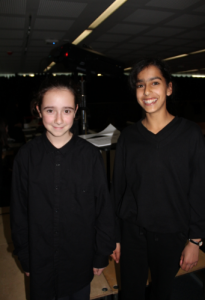 Last month, Year 6 performed “The Rocky Monster Show” to parents, staff and students to great acclaim. But unknown to many watching, three girls had put themselves forward for 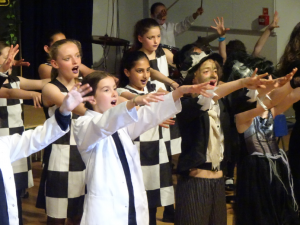 behind the scenes roles to make the show even more special.

Here’s how Athina, Tilley & Sofia helped put their mark on the show.

I was asked to choreograph the show as I have plenty of dance experience. When decided on the steps I had to take into account the range of skills the Year 6 girls had. I was keen to ensure that the dance was challenging but possible for all girls to carry out. I found it exciting to teach the girls the different moves. I decided to have different sections within the dance. I was especially pleased with the tap-dancing routine. My funniest memory was when the tap dancing girls forgot their shoes and had to tap dance in their school shoes. 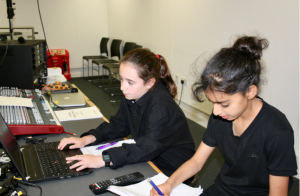 We were both keen to be stage managers as we were more interested in doing that instead of having a large part in the show. Sofia and I were not sure what to expect with the role. 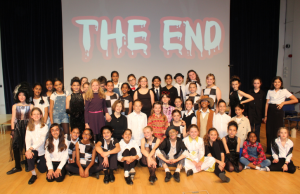 We learnt how the lighting and sound system operated. It was also interesting seeing the show from the sound stage as we got an overall understanding of the entire performance.

Our favourite part was giving the cast our notes on their rehearsal performance. Mr McLaughlin and the teachers were impressed with our discerning points.