Howzat? NHEHS’ Hannah & Eleanor Take on MCC with the GDST

Howzat? NHEHS’ Hannah & Eleanor Take on MCC with the GDST 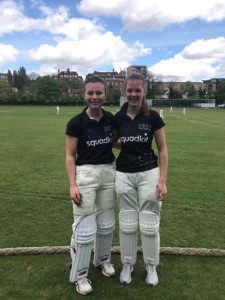 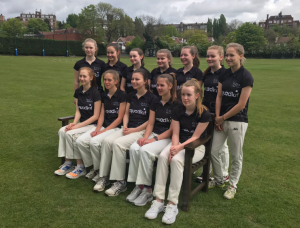 It was a great achievement for two NHEHS  pupils to make the 12 man GDST playing squad, but even more fantastic was that Hannah was appointed as team captain.

The GDST team opened up the fielding, with some strong bowling which initially kept the MCC scores down and the girls came close to taking some wickets.

Wickets did come for the GDST team but the MCC also got into their stride to make a total of 123, as the crowd enjoyed some excellent play.

Taking to the bat enthusiastically, both Hannah and Eleanor showed impressive batting skills and scoring some fantastic runs for the GDST team, but the MCC ran out winners 123 to 78. 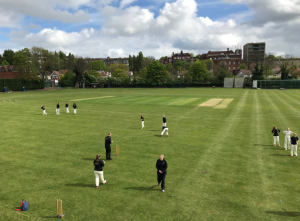 A final highlight of the day was getting to play against ex-England international Charlotte Edwards who was part of the MCC squad.

Well done to both Hannah and Eleanor and thank you to the GDST for providing such a brilliant opportunity!