Once again we held our annual NHEHS Junior Sports Day and what a success it was!

The girls arrived full of excitement and enthusiasm, ready to begin the traditional opening parade. A sea of red, blue, yellow and green could be seen and the team chants could be heard from miles around! 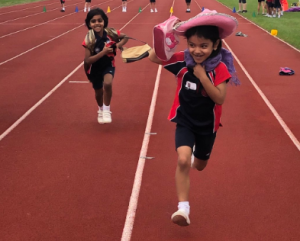 Reception and Year 1 competed eagerly in running, hurdles, skipping and sack races. They also had a lot of fun taking part in the ‘Dressing Up Race!’

Meanwhile Years 2 to 6 competed fervently in a variety of running, skipping, hurdles and jumping races, as well as showing off their skills in the rounders ball throw and long jump. 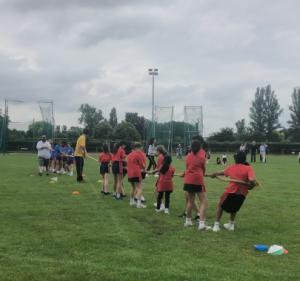 The excitement continued to grow as we reached the sprint race finals and the relays. 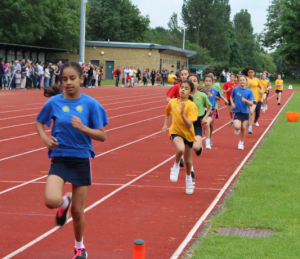 It appeared at this stage that the final results were going to be extremely close.

As always, we finished with our highly exciting and competitive Year 5 and 6 Tug of War. The girls showed strength and determination as they pulled as hard as they could, while the rest of the girls showed their support with cheers of encouragement.

Finally the time came to reveal the final results. It was an extremely close finish but the Sports Day Cup went to Seacole. 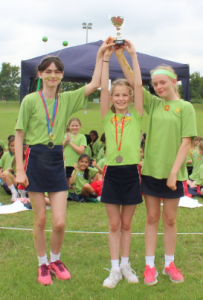 Ms Silva presented the cup to the very happy captain and vice captains. All the staff did a fantastic job to make it such a successful and enjoyable day.