Languages Really Do Make A Difference

Languages Really Do Make A Difference

Our Languages Department and Sixth Form Reps were on a mission last week to demonstrate what a difference languages can make to the world in all sorts of ways: cultural, ethically, artistically, musically, practically, gastronomically, universally and spiritually!

Throughout the week, we were invited to take part in a broad range of events, which kicked off with an inspiring talk in assembly from Hugh Sandeman who spoke about his experiences working with Amnesty International and how language skills can play a role in global activism.  His final words summed up perfectly: “Learn a language. Tell a story. Make the world a better place. Make your world bigger.” 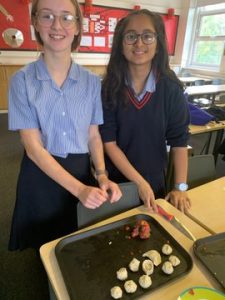 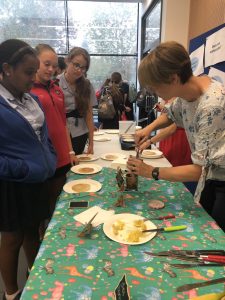 including Picasso & Frida Kahlo. Not to be outdone, our first ever Chinese Cooking Club members really enjoyed their first efforts at making dumplings!

The gastronomic element continued on Tuesday with our French pop up cafe with conversation & crêpes in the atrium at lunchtime. But in order to get a delicious homemade crêpe from Mme Spencer (her Grandmother’s secret recipe!), all girls had to answer a question in French first from Mme Castano, ranging from their favourite book, the environment, how their day was going and even their views on Brexit!

Wednesday lunchtime saw our Hispanists taking on the Spanish Karaoke challenge in the Main Hall, with much giggling and fun as they attempted to sing along to the Macarena! Later the same day, our German department ran two very successful Languages and Careers Workshops, first for Years 8/9, then for Years 10/11. 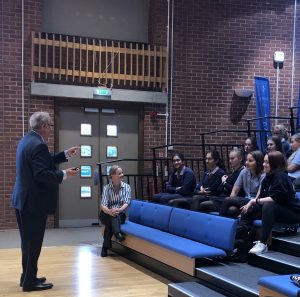 Led by Alex Pickering, Special Projects Adviser at the Goethe-Institut in London, the sessions discussed why it is a great idea to study languages and 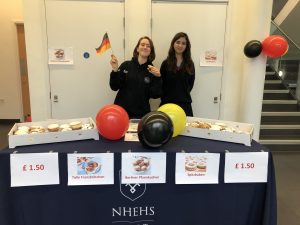 Food was never far from our thoughts and our German Ambassadors certainly came up with the goods on Thursday at break with their delicious authentic German Breakfast, which included Franzbrötchen, Berliner Pfannkuchen and Spitzbuben. Needless to say, it all sold out like hot cakes! In the meantime, our Language Reps wanted to show that learning languages isn’t just about learning French or German, so at their lunchtime Languages Club looked at Braille & Sign Languages & how they can truly make a difference.  Our Chinese department got in on the act on Thursday, challenging our super sleuths for their Chinese language treasure hunt!  Clues about Chinese culture were hidden around school written in Chinese for our detectives to discover with 20 prizes up for grabs.  Year 7 proved very adept at collaborating with the older girls to find the prizes first! 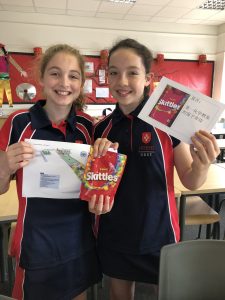 The finale of our Languages Week was a Chinese meditation session on Friday morning before school. 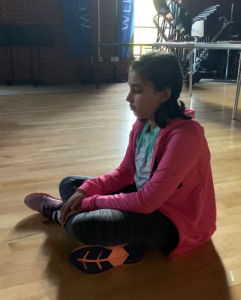 Both students and staff spent 30 minutes training in awareness and gaining a healthy sense of perspective while listening to calming Chinese music.

Thank you to both our languages department and all the Reps for showing us how indeed languages can make a difference in so many ways!