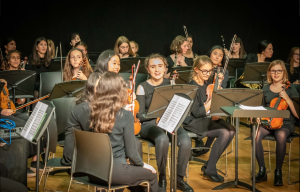 Our termly concert came early this term, with all the large ensembles performing to a sell-out audience just before half term.

Highlights included Harmony Choir bring the roof down with their rendition of ‘Shallow’ from ‘A star is born’, Senior Choir singing the Glee mashup of ‘Someone like you’ and ‘Rumour Has it’ and Generation XX (Year 8-9 Rock Band) playing ‘Uprising’ by Muse.

The whole of Year 7 debuted with a performance involving audience participation to create the sound of a rain storm using their hands and feet, fairly apt for the rainy night that it was! 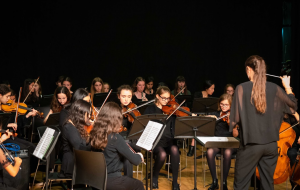 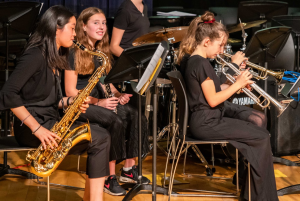 The newly formed Year 7 Rock Band also played, performing ‘This is me’ with great enthusiasm and added leather jackets.

A huge congratulations to all who took part for such an enthusiastic performance. 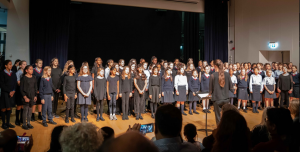