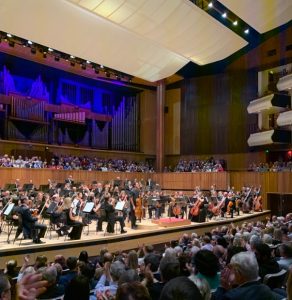 On October 5, eight students ranging from years 7 to 13, attended an evening concert at the Royal Festival Hall with Miss Goodsell. 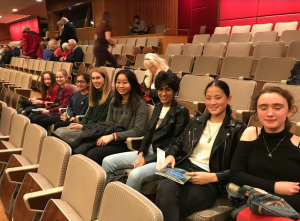 Also included in the programme was the LPO’s performance of two pieces by Sibelius, The Oceanides and Symphony No.6, as well as Britten’s Variations on a Theme by Frank Bridge.

One of Britten’s Variations remarkably contained a sequence of strumming that required the entire second violin and viola sections to play their instruments like ukuleles! Overall, everyone who attended thoroughly enjoyed the concert, especially Sheku Kanneh-Mason’s performance, which was incredibly powerful and emotive.