NHEHS Musician of The Year Competition 2019

NHEHS Musician of The Year Competition 2019 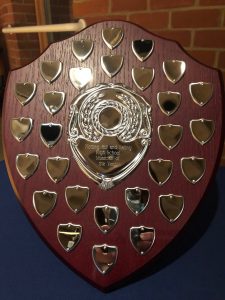 We were delighted to be holding the competition as an evening event for the first time, with the Awards to be judged by an external adjudicator, Patrick Martin, Director of Music at St. Helen’s School, Northwood, also for the first time.

Nine girls from Years 7-9 had put themselves forward to compete for the Junior Award, with guitar, flute, violin, piano and voice all featuring.  The audience were treated to a varied selection of pieces, including Schubert, Michaeloudis, Beethoven, Debussy, Wedgwood, Chopin and Grieg.

The impressive performances continued with our senior girls who performed on the cello, piano, flute, saxophone, violin and voice, with music by Saint-Saëns, Brahms, Chopin, Gluck, Binge, Bloch and finally Beethoven.

After a short deliberation, Mr. Martin praised the overall confidence and musicality of the performances, then commented and gave feedback about every individual’s solos before announcing the much-anticipated results.

In a close-run competition, Shreya (Year 8) was declared the winner of the Junior Award for her violin performance of Edvard Grieg’s Allegretto (Sonata no. 3 in C minor) while the Senior and overall Musician of the Year Award was Miranda (Year 12) for her violin interpretation of Ernest Bloch’s Nigun. 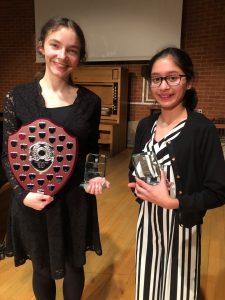 Senior Musician of the Year

Junior Musician of the Year

Concluding the evening, Mr. Shoults said that listening to girls’ different interpretations of the music had opened his ears to the composers again and had inspired him to listen to the music at home through ‘fresh ears.’

Thank you to Jozef Janik for accompanying the girls on the piano and the music department for arranging such an inspiring evening. Congratulations to all 17 girls for creating such a special evening of music under the Recital Hall lights.