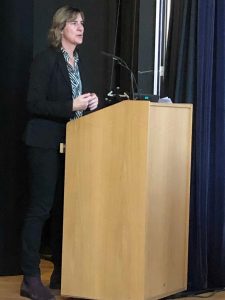 On the 10th May, the Senior School celebrated another year of high achievements in sport.

We kicked off the evening with a talk from the Director of Sport: Ms Nicholas. Her inspiring speech was then followed by a welcome from our Games Captain: Cameron Thomas. 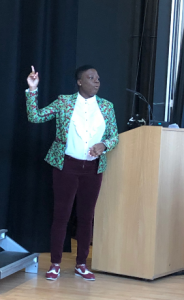 version of ourselves and her inspiring Olympic journey. Her message was both relevant to our sporting careers and personal lives. We then heard from Councillor Eartha Pond who spoke to us firstly about her football and teaching careers. She also spoke meaningfully about the impact the Grenfell Tower fire had on her local community and the work she did raising money through charity football matches. We also held a minute silence to pay respect to those who were affected by the fire. We greatly appreciated both of these inspirational women giving up their time to speak to us.

Now it was time for the food!

For the main course, we chose from a delicious BBQ of chicken drumsticks, pork ribs, cheeseburgers and veggie burgers.

For dessert, there was an ice cream stall with a selection of flavours which were really popular amongst all year groups. There was also a sweet trolley which was particularly well-received by Year 7!

After our lovely dinner, it was time to start the awards. We began by recognising the Junior and Senior Players of the Year and Rising Stars in each sport. A huge congratulations to all those who were either nominated or won an award. 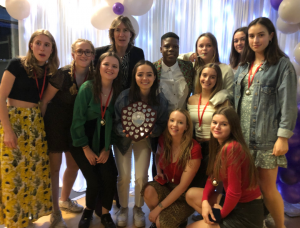 After the individual sport awards had been announced, the big awards started.

The first of these awards was Team of the Year which went to the U18 Hockey Team who were Middlesex County Champions and made it through to Regionals. This was particularly special as it was the team’s last year together.

The next award was Outstanding Contribution to Sport that was given to Jojo (Year 12) and Maddie (Year 8) for their high standards of commitment and volunteering. 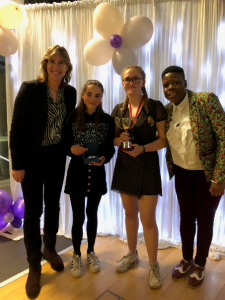 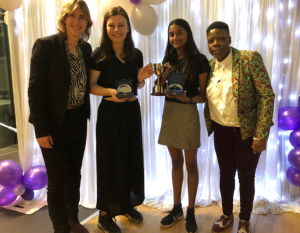 Finally, the Sports Personalities of the Year were awarded to Jasmine (Year 9) and Hannah (Year 12) for their outstanding year in sport. 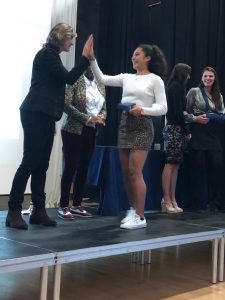 We ended the evening with a thank you to our current Games Captain: Cameron Thomas who has shown such commitment to her leadership role in sports.

We would like to say a big thank you to the Sports Department, in particular Miss Adams who made this evening possible, and all who have supported us all season.