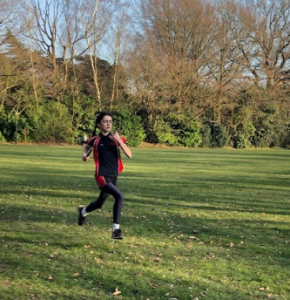 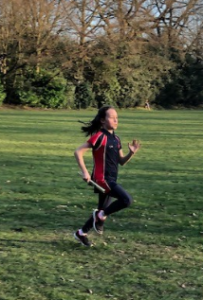 A team of Year 5 and 6 NHEHS Cross Country runners took part in the annual Belmont Prep OTI Cross Country Relays at the end of February.

A total of 11 schools took part in what was quite a demanding 1400m course which undulated across fields and through woodland. Weather conditions couldn’t have been any better though – sunny and no wind.

Each school entered a team of six runners who each ran a lap of the course before handing the baton on to the next runner. All our girls completed the course and in very fast times. A special mention goes to Natasha who recorded the fastest NHEHS lap time of 6.52.79s which was also the second fastest lap time overall – fantastic effort.

Our NHEHS Cross Country team were placed second overall behind North London Collegiate. This was a brilliant effort by all our runners – Natasha, Morven, Vita, Isabella (Year 6) and Daisy and Minna (Year 5). 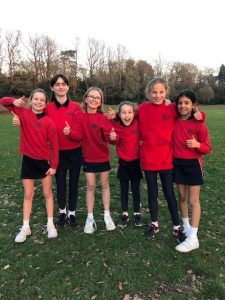