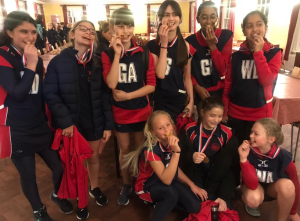 A busy week of netball for NHEHS this week, especially with three different year groups playing successfully in the annual Harrodian Tournament.

We kicked the week off with a great result for the U12A netball team who finished their first term on a real high by winning their Harrodian Tournament on November 25th. Drawn in Pool A, their results were as follows:  Won v Harrodian 15-0, Won v Francis Holland School Sloane Square 18-2, Won v Broomwood Hall 12-2, Lost 7-10 v Emmanuel. Qualifying for the semi-finals, the team beat Godolphin & Latymer 10-7 before defeating Emmanuel 13-3 in the final to win their first tournament as U12s! Congratulations – a great way to finish their first term! 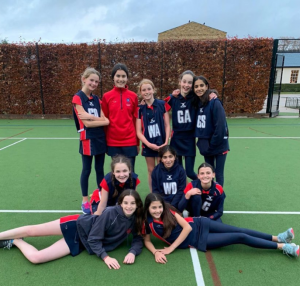 Our U13A team were next up the following day in the Harrodian Tournament, where on a cool but rainy day they played very well to win their pool – Won 8-5 v Godolphin & Latymer, Won 6-2 v Highgate, Drew 4-4 v Francis Holland Sloane Square, Won 11-5 v Broomwood. Unfortunately, the team lost in the semi-finals to Francis Holland Sloane Square 5-10, then were narrowly defeated by Godolphin & Latymer in the 3/4th play off, to place them in 4th position for the tournament. 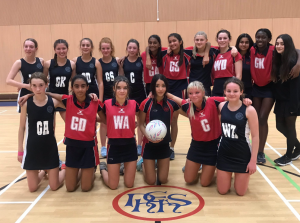 Our U15A team also took part in the Harrodian Tournament and achieved a fantastic second place in their age group! Well done! The same team also reached the fourth round of the SistersnSport National Cup Plate by defeating Ibstock Place (MVP Jasmine) with a 56-19 win at home on November 27th. 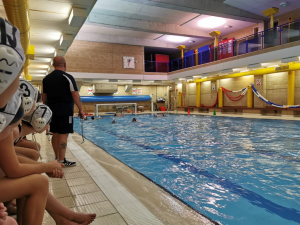 Our U15A water polo team took part in an exciting gala home to Highgate School on November 25th, tying at 7 all. 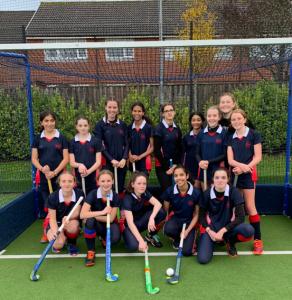 Our U14A hockey team travelled to the South of England Regional tournament on 27th November where they finished 5th with two great goals by Mim and Leah!