A superb week for sport at NHEHS! Well done to all taking part!

24 separate teams played fixtures for the school this week! This included three GDST tournaments for U12 Netball, U15 Hockey Finals and Senior Swimming U18 and U14 teams on November 7th.

Huge well done to the U12 netball team who finished in 2nd place out of 23 A Teams entered at the GDST Rally! They only lost one game all day, playing 12 in total! Such a huge achievement. The team was: Pearl (captain), Natasha, Caterina, Julia, Emma, Carolina, Sophia, Dana and India.

The U16 Hockey Team have qualified for the Regional Finals in the England Hockey Competition. This is a fantastic achievement. They will now play in a Regional Tournament in the 21st November and we wish them the best of luck. 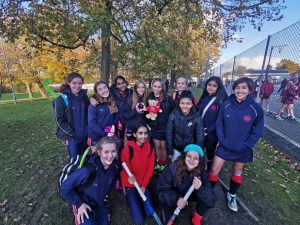 The U15 hockey team also went to the GDST Rally, finishing in 6th place at the finals day. A particular mention again to Pooja Pillai- both one of the referees and the coach from Newcastle High School felt the need after the matches to go and tell her what a superb player she was and what a credit she is to our school. She doesn’t just perform at a high level, but also leads on the pitch superbly. 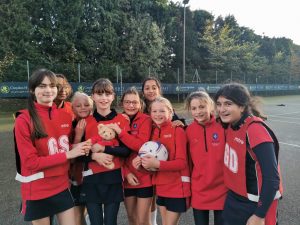 In a busy week for our U12 netballers, our A-F teams also played host to The Harrodian School on November 4th at Trailfinders Rugby Club, with victories for the A team 21-12 (MVP Dana), B team 19-3 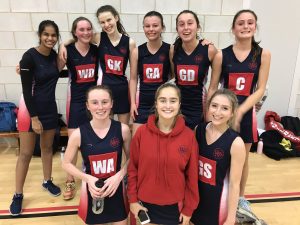 (MVP Jaspreet), C team 12-7, D team 21-1, E team 9-3, and F team 6-4.  The following afternoon The Harrodian School also provided the opponents for our U13 A-C teams, who also won all three matches: A team 20-11 (MVPs Iris & Eliza), B team 7-5 (MVP Sophia) and C team (MVP Rachel). Also on November 4th our U15A and B teams travelled away to The Godolphin & Latymer School but lost both high scoring matches 16-27 and 15-24 respectively. Finally, our U18A team played an exciting match against South Hampstead High School Away in the SistersnSport National Cup Plate first round, but lost 33-49. 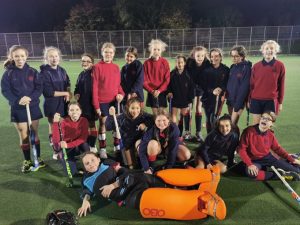 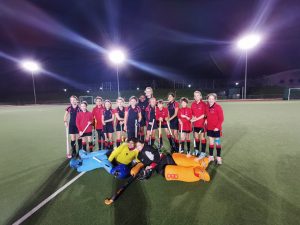 Latymer Upper School were our opponents on November 4/5th, defeating our first XI and both our U12A and B teams (0-1).

Our U13 hockey team had more success away against St Augustine’s Priory the following day , with a 2-2 for the As, a 3-1 win for the Bs and 1-0 victory for the Cs.

At the GDST Rally at Croydon High School, our swimmers performed very strongly, finishing 6th in Juniors (Year 7-9) and 9th in Seniors (Year 10 and above) out of 18 schools in each.  The competition was of a very high standard with many girls swimming at National Level. A huge congratulations to Evangeline and Alissa for making finals in their events. 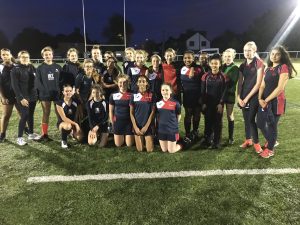 Our U15A  and U14A football teams took on West London Free School at home on 5th November, both losing narrowly 2-3, but some fantastic goals scored!