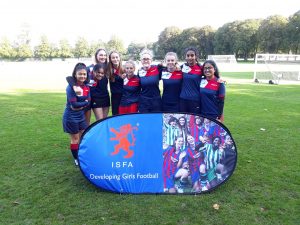 Another highly successful week for NHEHS Sport! As well as a number of competitive sports fixtures we also ran a Nutrition Workshop as part of our promising players programme for County Athletes.

Our first XI football team travelled to take part in the U18 National 7-a-side tournament on 6th October. It was a great experience for the players despite not winning a match (losing to Charterhouse, Repton School & Millfield School), the girls greatly enjoyed the day. 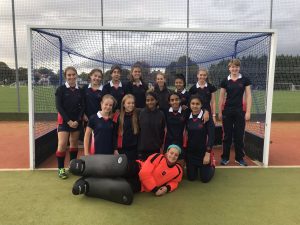 The highlight of a busy week on the hockey field saw our U16A team finish third in the Middlesex County Tournament on October 9th, only narrowly losing out to eventual winners Godolphin & Latymer by just one goal! A special mention to the four Year 11 players who were outstanding for their team on the day: Natasha, Alice, Sophie & Jasmine. Pooja was also scouted at the U16 Tournament and has been invited to the next Middlesex training session. Our U14A team placed 4th in their County Tournament on the following day.

Our U12A & B teams took part in the Latymer Upper School tournament on the 4th October. A great experience for all our players with so many matches against strong teams, the A team finished runners up in the Plate Final with the B team losing in the Plate Semi-Final. We returned to Latymer Upper for the U13 tournament the following Monday where our U13A team were winners of the Plate Final! Our U13Bs made the B Festival semi-final but unfortunately lost out. 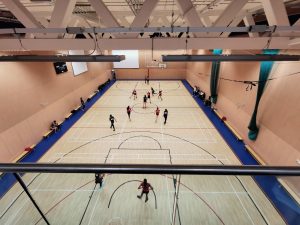 Our U12 & U14 teams’ interests in the Sisters n Sport National Cup both ended in the second round this week with defeats away to Wimbledon High (23-30) and home to St Augustine’s Priory (5-22) respectively. However, our U15A team took the win in the Sisters n Sport Plate competition at home to St Benedict’s School 48-27 (MVP Yasmeen).  Our U18A team played really well in the Highgate School Tournament on 9th October and thoroughly enjoyed the day despite losing every game.

NHEHS also hosted St Paul’s Girls School for U16 matches on 7th October with our guests winning both A and B matches 19-16 (MVP Jasmine S) and 19-9.

Keerit Dhillon has made the London Pulse Hub for netball (one of only a few girls out of hundreds who trialled) and Pearl Midgley has made it to the finals of the U13 Surrey County Satellite Netball Trials.