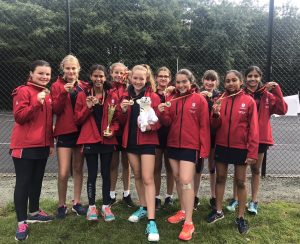 A great weekend away for the U14A netball team at the GSA Netball Tournament at Condover Hall to really start working together as a team and focus on the season ahead.  In the Saturday Pool 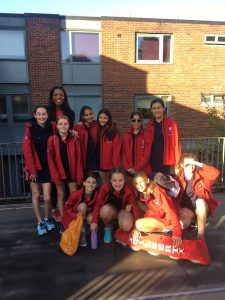 results, the team won against St George’s Ascot (B), Monmouth School for Girls, Channing School, drew with The Marist School and Francis Holland (Sloane Square), only losing to Wimbledon High School. On Sunday in the Trophy Pool, NHEHS were victorious against Edgbaston High (10-5), Bolton High School (8-6), Channing School (9-3), St Helen and St Catherine (11-6), Francis Holland (Sloane Square 9-6), Tormead School (12-4). These fantastic results meant that the team won nine games, drawing two and only losing one, so they won the Trophy for the second year in a row! Well done, girls!

The U13A netballers also took on the challenge of the GSA Netball Tournament. They worked extremely hard and really came together as a team, finishing an excellent 6th out of 23 schools. We were also lucky enough to speak to England netballer Eboni Chambers and get some defensive tips from her!Player of the tournament: Addy. 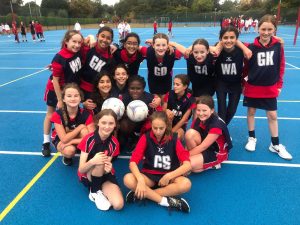 The U15A team were edged out by Godolphin & Latymer in their SistersnSport Cup tie by 35-40 in a very tight match (MVP Jasmine).

Our first XI took on the American School in London, but lost 1-3 at home on September 24th. 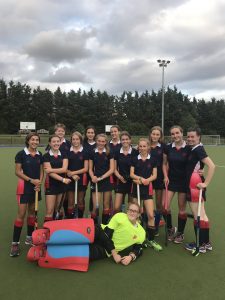 Our hockey teams faced tricky fixtures last week, with the U15A team losing 0-8 away at Godolphin & Latymer, while the first XI lost 1-4 against St Benedict’s at a neutral venue, with three Sixth Formers playing in the team for the first time ever. MVPs were Natasha, Jojo, Jasmine and Alice. 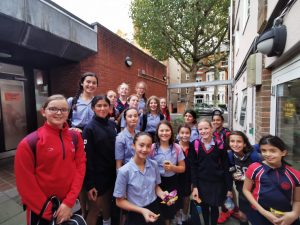 Our U18A, U15A and our 12A swimmers took part in the ESSA Relay Championships on 23rd September, but we are awaiting the full official results!

St Paul’s Girls School and Lady Eleanor Holles provided the friendly opposition for our U14A & U13A swimming teams on the 25th in a gala that produced a mixed bag of unofficial results for us, with some Personal Best times achieved too.