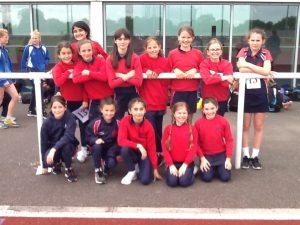 On the 10th June a team of thirteen Year 5 and 6 athletes took part in the combined Junior and Senior GDST Athletics meeting at Bath University. 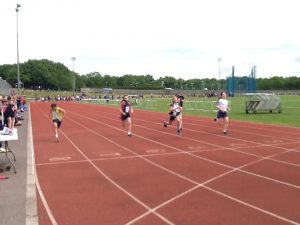 Fortunately the weather was dry and warm in Bath when we first arrived, but that was short lived as the rain started halfway through the day which made conditions quite miserable!

We were able to enter one girl in to each event, with each individual competing in a maximum of two events plus a relay.

A total of seventeen GDST school competed in the junior section and there were a lot of talented young sports women competing so the standard was high. 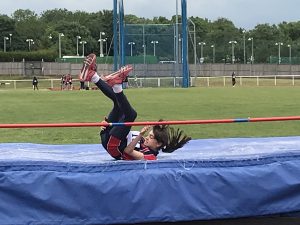 high jump and Dana fifth in the rounders ball throw.

Both the Year 5 and 6 relays also qualified for the relay finals. 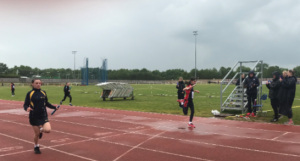 When all the points were totalled our Year 6 NHEHS Team won their section and as a Junior School we were third overall which is a fantastic result.

This was a tremendous experience for all the girls who took part despite the rain. Watching the senior girls also gave them something to aspire to. 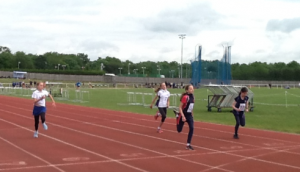