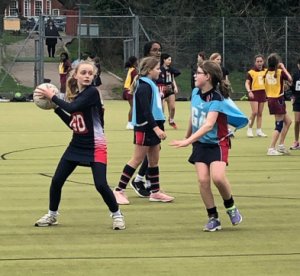 The A team was taking part in the tournament while the B & Cs were playing in the festival. For all the NHEHS netballers, it would be their last tournament as U11s and all the girls were keen to do well.

First up for the U11A team was Edge Grove, who proved to be tricky opponents in a closely fought game which NHEHs won 5-2. Next was fellow GDST school, Northwood College with NHEHS taking the win 9-1. Hosts Orley Farm and North London Collegiate were then defeated 5-2 and 6-0 respectively. The A team finished their final three matches by scoring 10+ goals in each with just one in reply in matches against Berkhamsted, Unicorn and St Benedict’s, meaning they had scored 60 goals and conceded just 6. Most Valuable Player was Natasha.

The NHEHS B team were not to be outdone and beat NLCS and Berkhamsted 1-0, then achieved convincing wins against Orley Farm 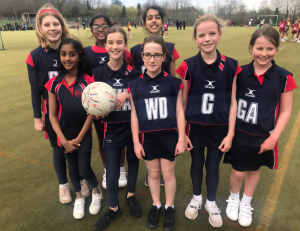 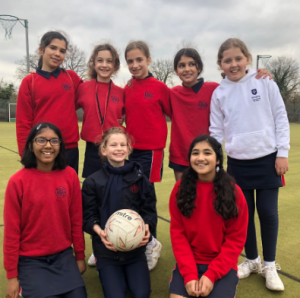 Our NHEHS C team also managed an unbeaten afternoon of netball too, winning four games and two draws. Most Valuable Player was Eve.

All games were played in a wonderful, friendly atmosphere and NHEHS A team were declared winners of the tournament and the B team winners of the festival, rounding off a great season for all our teams. 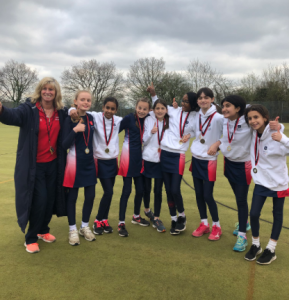 Thank you to Mrs Vao, Mrs Dunkley and Mrs Williams for coaching and supporting us throughout the season!

Looking forward to playing at Senior School next September!