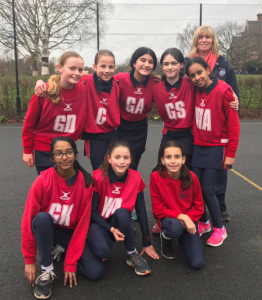 This is the first year that the GDST has organised the annual U11 GDST Netball Tournament over a weekend at Condover Hall in Shropshire.

Alongside the formal netball tournament run over two days, the girls also had the opportunity to participate in on-site adventure activities such as abseiling, aerial trek, archery, climbing wall, high ropes, trapeze, gladiator wall, silent disco and more. The girls had been looking forward to this tournament for weeks and were thrilled to receive their Condover Hall hoodies, although my decision to order white hoodies was not perhaps the best as I was the first to spill hot chocolate on mine.

It was a five hour journey leaving school on Friday afternoon and finally arriving at Condover Hall at 5.30pm. The girls were shown to their dormitories and were then given time to explore their surroundings.

The netball tournament started on the Saturday with the A Team playing all their seven 10 minute matches that morning and the B’s playing four of their seven matches on the first day. Both NHEHS teams were delighted with the results of their first day’s matches, winning all their games. 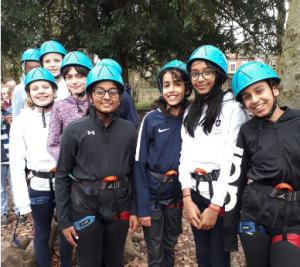 They now had the afternoon to have a go at all the activities. It was an early night for all with more netball matches scheduled for the Sunday.

Unfortunately, the weather had turned during the night and we woke to miserable, wet conditions. This did not deter any of our girls who were looking forward to the last day of matches. 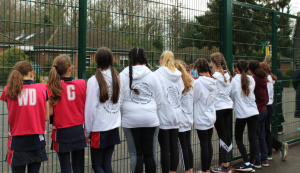 NHEHS A were re-grouped and had three more matches against Nottingham, Sheffield and Portsmouth and needed to win all three to make the final. They managed this quite comfortably, displaying a high level of netball skill along with positive team work. With no time for a team talk the girls went straight on court for the final against rivals Brighton and Hove, who had recently beaten us into 2nd place at the Bromley GDST Tournament. This was a very tense match with both teams making uncharacteristic errors, but in the end Brighton and Hove managed to keep more consistent possession of the ball to win 6 – 4. Our NHEHS A girls were of course disappointed with the outcome but I was very proud of how well they had played throughout the tournament and delighted to see them receive silver medals. 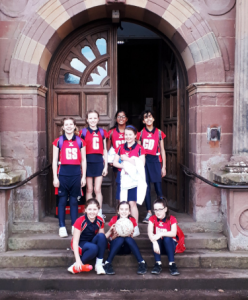 Our U11B girls played their remaining four matches from round one which they also won quite comfortably, despite losing their goal shooter in 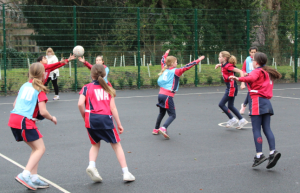 the first match due to a finger injury. The B team were drawn to play Norwich in the semi-final whom they had already beaten in an earlier match, and did so again in the semis.

All the team was excited to be playing in the final against Kensington Prep but they knew it wasn’t going to be an easy match.

Both teams gave the game their all as they both wanted to win and on the final whistle the score was 2- 2. They now had to play one minute of extra time to hopefully decide the winner. Despite NHEHS B’s playing their hearts out and Mrs Conway’s shouts of encouragement, Kensington Prep managed to score in the last few seconds before the end of extra time. Bitterly disappointed at being so close to winning, the NHEHS B’s can be proud of how well they played and fully deserved their silver medal. 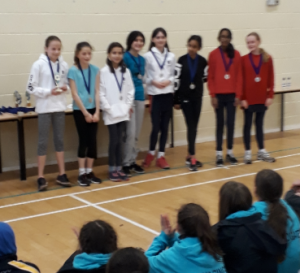 A Team Players of Day 2: Dana and Morven. 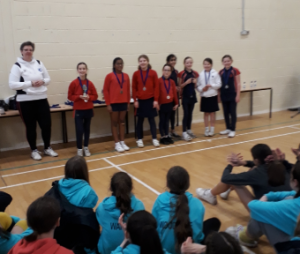 B Team Player of Day 1: Sofia.