The NHEHS bakers were busy last week putting their creative and culinary skills to the test in our heat of the GDST bake off. 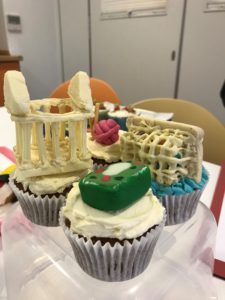 Divided into two age groups (Years 7-9 and 10-11), our bakers brought new levels of originality and creativity to the table for this year’s competition. The event kicked off with the class heats judged by the form tutors and co-tutors. From these heats, 11 girls’ creations made it through to the NHEHS Bake Off final at morning break.

Armed with pen and paper, our judging team of Mr Shoults, Mrs Irwin, Ms Bushell, Miss Silvester and Mrs Esler lined up in the dining room ready to award marks for presentation, technique and taste. 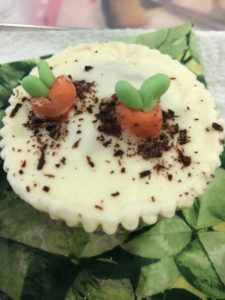 Our finalists for Years 7-9  showcased the world in their cakes including the seasons of the year, flowers, through to Japanese sushi and a relaxed beach scene. The Years 10-11 bakers took themes as diverse as their favourite things at school, sport, winter and baking.

Choosing the winners was difficult, but judges declared there were no “soggy bottoms” although plenty of “great texture” and “depth of flavour!”

In the end, Heather McManus was declared the winner for Years 7-9 for her excellent carrot cakes with commendations to Agnes Hall and Matilda Jones. Li An Tan from Year 10 was the winner in the older category for her cakes depicting her favourite things about life at NHEHS (classics, cricket and water polo), with ‘special mentions’ going to Imogen Laurence and Georgia Wells.

Good luck to Heather and Li An who will go on to represent NHEHS in the semi-finals next week. The final will be held at Sydenham High School in December where girls from all over the GDST will baking cakes under bake-off conditions!