Weekly Sports Round Up – 15th March

Weekly Sports Round Up – 15th March

A number of our NHEHS teams were competing on national or regional levels this week as the winter sport seasons headed towards their finales. 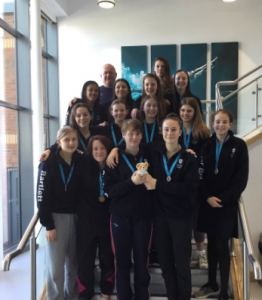 On Thursday 14th March the NHEHS U15 water polo squad headed to the U15 ESSA National Finals. The girls played 2 matches in their pool; they lost their first game against Bedford Modern but came back fighting in their second match to beat Manchester Girls School 4-3.  This meant the girls went through to the Semi-Finals as they placed 2nd in their pool. They then came up against Highgate who had won their pool. The girls put in a huge team effort and managed to score two goals but eventually lost 2-4.

This meant the NHEHS girls went into the 3rd v 4th play-off. We unfortunately then came up against Bedford Modern again who had lost their Semi-Final. The girls definitely had more confidence going into the match and managed to score more against them the second time round but lost 4-8.

This meant the girls came 4th; meaning they are the 4th best water polo squad in England for their age group! The girls did incredibly well and Mia led the team very well as captain. 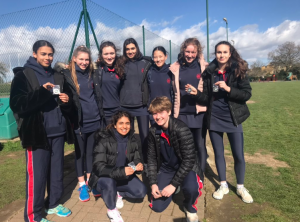 It was a busy week for our netball squads with the Middlesex Schools’ Netball Finals.

For our U18s, a great morning of matches against St Paul’s, Godolphin & Latymer, Latymer Upper, LEH and Highgate resulted in the team being placed 4th in the whole of Middlesex! 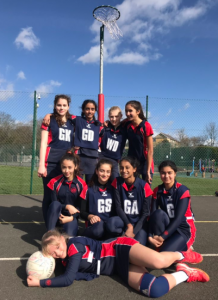 medals. We did not lose a game all day, but drew with G&L which meant final places went on goal difference, so our team missed out on first place by just one goal.

Despite playing strong matches to beat both Godolphin & Latymer and St Paul’s, our U14A team lost to Highgate, St Helens and NLCS, meaning they also placed 4th in the county. 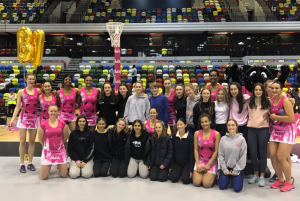 Finally, the U15, U16 and Senior Netballers attended a Super League netball match on Monday night between London Pulse and Team Bath. The match was filmed for Sky.

The girls were given VIP tickets, which allowed them to meet the players both before and after the match, many of whom play are international players, including players who represent England. This was a super experience, which the girls thoroughly enjoyed. 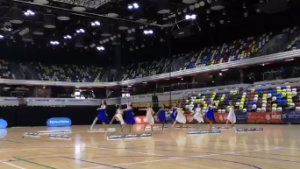 On Tuesday 12th March, our junior and senior Dance Squads travelled to the Copper Box Arena in London, to represent the Borough of Ealing at the London Youth Games Dance Finals. Our dancers were competing against 24 boroughs in total and performed in front of all of them plus three professional dance judges. The junior team of ten Year 7 girls performed very well even despite nerves and finished 14th out of 24. Next up were the seniors (five Year 9 girls and five Year 10 girls). Again, they performed very well and received positive feedback from the judges, placing 19th out of 24. All of the girls should be proud and congratulated for representing Ealing. 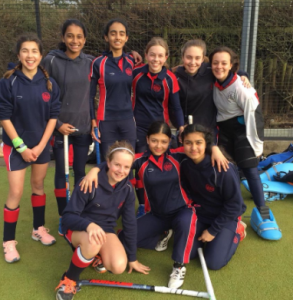 Our U14 hockey team played in the annual Ibstock Hockey Tournament on the 15th March.

Teams were divided into two sections and we were drawn to play Francis Holland, Ibstock and Surbiton School. We beat Francis Holland 1-0, drew with Ibstock after having a goal disallowed and then beat Surbiton 1-0, to comfortably top of our group.

We then met Radnor House in the semi-final, which proved a really tough match: We went 1-0 down but came back to draw 1-1 with them before the match finished. The rules dictated that we went straight to a penalty shuffle competition with no extra-time to be played. Three girls stepped up to take the penalties and Ayna secured our victory by scoring the final penalty for us.

Godolphin & Latymer were to be our opponents in the final. Despite the team playing our hearts out, we lost 0-3 in the final, but were overjoyed we came second overall, and a great afternoon was had by all at this tournament.

The U13A hockey team also took part in the tournament, drawing three matches, losing two and winning one, with the results placing them fifth overall.

Our U12A were not so lucky with the weather the following day, with their 7-a side competition at the same venue sadly cancelled due to heavy rain after the teams had arrived. The U12A & B teams both took the win 4-0 vs West London Free School.