Weekly Sports Round Up – 1st March

Weekly Sports Round Up – 1st March 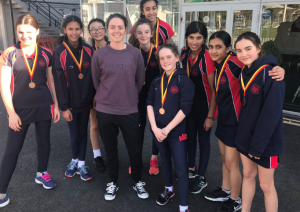 Our U13 A & B cricket teams travelled to Lord’s for the Lady Taverners Indoor Middlesex County Tournament last week. The A team won their pool without dropping a single game, but narrowly lost in the semi-finals to finish in 3rd place. Our B team finished 3rd in their pool, with some excellent batting and bowling from both teams. Lessons were definitely learned in some very tight matches – which will only make these teams stronger! It was inspiring to meet Scotland & Middlesex player Olivia Rae (pictured) too! 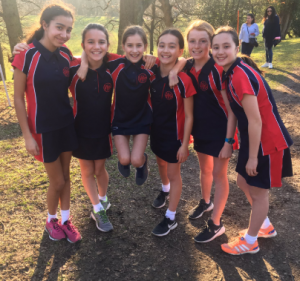 It was a busy week of sport for the NHEHS U13s who also made the short trip to Mill Hill for the OTI Cross Country Relays. We were the only year full year 7 team competing against other year 8 teams. The event involved a relay of 2 km with an exciting baton changeover. Each runner put in a fantastic time – all under 7 minutes 30 seconds and the course had two big hills! Overall, the team finished 2nd out of 10 schools. A special mention goes to Nicola who got the fastest stage run, with Rosie and Eadie coming close behind. The 7:30am training sessions are definitely paying off! Very much looking forward to what they can do next year. 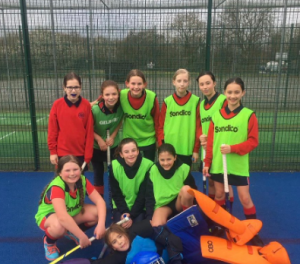 On 28th February, NHEHS took two hockey teams to play in this year’s U12 Middlesex County Tournament. It was the first time we have taken a B Team, who did wonderfully, coping with the pressure of playing other A Teams, reaping some really good results – beating West London 3-0, drawing with Godolphin & Latymer A Team and only losing 1-0 to St Benedict’s who ran out as the eventual tournament winners. But as our B Team did not finish in the top two, this was the end of their run in this tournament.

Our A Team also did fantastically well, coming top of their group, drawing 0-0 with Latymer and then beating Highgate, G&L B Team and St Augustine’s, placing them in the semi-finals. It was a tough semi-final – it was survival of the fittest to cope with the tiredness that sets in at a tournament and the rain!! We drew the semi’s 1-1.

Unfortunately, the rules dictated that we went straight to a penalty shoot-out rather than extra-time. It was 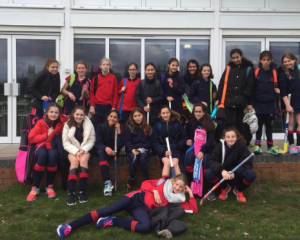 disappointing to lose on penalties, and be denied a place in the final after coming top of the group so comfortably!! Overall, both teams were super and put in very creditable performances, and can be very proud of the run they had in this competition.

Thirteen different NHEHS teams played competitive friendly fixtures this week from the U16s down to the U11s!

Well done to all thirteen teams!