What is a team sport and why should you play one?

What is a team sport and why should you play one? 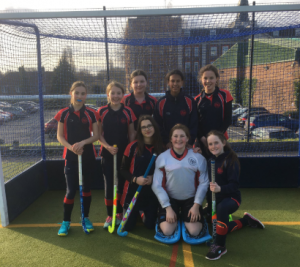 Team sports play a big role at NHEHS but why are they so popular? Year 10 Journalist Lead Sofia Stidham ran her own survey of 14-15 year olds to find out.

Around 85% of students that I surveyed take part in a sports club (inside or outside of school), and 70% of them are taking part in a team sports club at the moment.

I am going to tell you why. Firstly, 100% of those who take part in a team sport at the moment stated that they feel as though they have benefited from being in a team. I also asked them why. Some of the responses included:

“You learn to support people when they are struggling”

“It makes me more co-operative”

“It helps me focus”

“It teaches you that everyone makes mistakes sometimes and to be resilient.”

Secondly, there is a wide variety of team sports that you can take part in at school both competitively and for fun. The main team sports played competitively in all years, including the Sixth Form are: netball, hockey, football, cricket and water polo. In lessons only we also cover Basketball, Lacrosse, Touch Rugby and Volleyball from Years 11 and above.

However, would you ever think of dance being a team sport?

I hadn’t, until I interviewed Carmel, a year 10 student who participates in many dance clubs. Her response was this, “I think of dance as a team sport, because if you 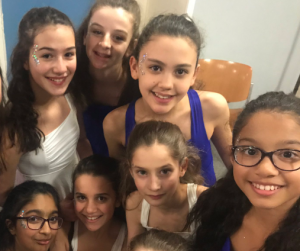 are doing a group dance you need to work as a team and be synchronised. You also have to have a connection with the other people you are performing with.” Just as players in what we consider a more traditional team find, Carmel added, “I have learned from dancing in a team that things will not always go the way you wanted it to go, but you just need to do your best.”

So, maybe dance should be considered a team sport too. What do you think?

Would badminton and doubles tennis players argue that their sport is a team sport too?

Whether it’s netball, hockey, football or dance, my survey showed that team sports are fun and a brilliant way to spend time with your friends while keeping fit, or a great way to make new ones!