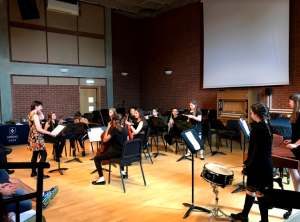 Our summer concert dawned on a sticky June day, but Pimms and strawberries were ready to welcome our packed audience of parents and friends. 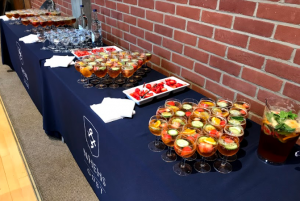 There was a diverse programme, with Symphony Orchestra opening the concert with Dvořák’s ‘Slavonic Dance No. 8.’ We were excited to welcome seven Year 6 students into Symphony Orchestra this term. All these students are playing over Grade 5 standard and we look forward to them joining us next year in Year 7.

We were also delighted to present a world premiere. Fiona Howe, composer and NHEHS parent, wrote four pieces for Senior Choir to perform. The songs are based on texts spoken about or to Shakespeare’s female characters. We presented the first of the song cycle in the Summer Concert, ‘Come Gentle Night- Juliet’s Song.’ 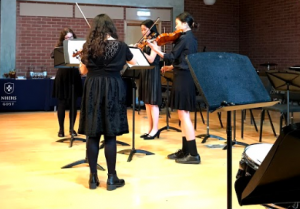 Chamber Orchestra showed their diversity, performing movements from the ‘Brook Green Suite’ by Holst as well as ‘Uptown Funk’ while Rock Band brought the house down with their rendition of Adele’s ‘Rolling in the Deep.’ 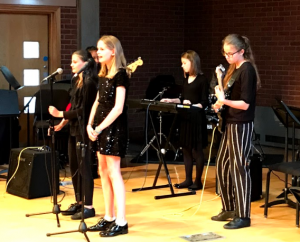 It was also the first outing for the newly formed Wind Band, organised by Bethan Davies-Asmar (Year 12), who also arranged the music for the concert.

A huge congratulations to all who took part.