Last week was Enrichment Week at NHEHS for Year 10. The purpose of the week is to take some time away from the curriculum studies and offer the girls a programme of activities encouraging them to look beyond GCSEs and to have some fun trying something new and getting out of their comfort zone.

Our Year 10 Journalist Leaders team enjoyed the variety of activities and share their experiences below.

This beginning of the week started off with a lot of rain and grey clouds, however, we were all excited about Enrichment Week. Today we took part in the Morrisby Test, which took around an hour and a half and 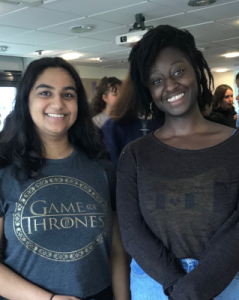 included verbal, numerical and mechanical questions as well as taking into account the type of environment we’d want to work in. It is meant to tell us which careers we would enjoy and be good at. After a short break, we took part in a resilience workshop led by Dr van der Spoel. We all learnt very valuable lessons that we can take forward into the future. After lunch, we finished off planning the Log Cabin Party for Wednesday. We wrote invites to some of our teachers and planned some of the games and the food we’d have. Hopefully all will go as planned and it will be very enjoyable! 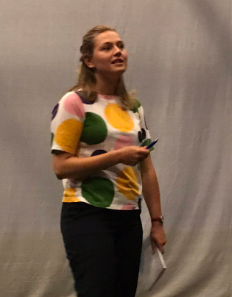 Today we spent the day in the Sixth Form Centre. We were allowed to choose in advance the lessons we would like to attend to give us an idea of which A levels we might like to take. Everyone was keen to attend lessons we do not already do, such as Politics, Psychology, History of Art and Economics.

We really enjoyed the sessions and the more informal atmosphere of sixth form lessons. We also heard from the Head Girl team, NHEHS alumnae and careers representatives throughout the day about life in the sixth form and what it’s like to leave NHEHS and move to university/adult life. We also had lunch in the sixth form, which was delicious, and relaxed in the common room together. Overall, we had a really fun day and can’t wait for sixth form. 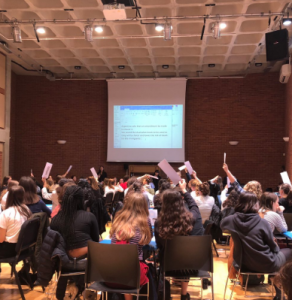 Today everyone in Year 10 took part in the Model United Nations (MUN). We were each assigned a committee and a country.

I was assigned to China and the Human Rights Committee. After getting to our committees, we created resolutions based on a specific topic. A resolution was chosen and then we debated it, but our resolution unfortunately did not pass. 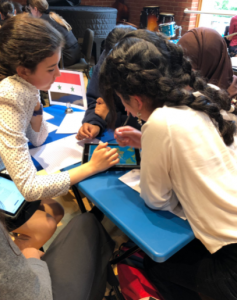 Then at noon, an emergency situation was declared and all the delegates (Year 10 students) gathered in the Recital Hall as the General Assembly. Each country created resolutions for the emergency situation, and got other countries to co-sign it. Then after lunch, a resolution was chosen and debated (as we had done in the committees). Then a vote took place and thankfully this resolution passed!

We all learnt so much about the UN, as well as gaining more confidence in public speaking and we’d all like to thank Miss Gordon, the chair people and the other teachers for making this happen.

Then the Log Cabin party took place after school. The Log Cabin party is a party held every year by the Year 10s when we organise a party for the children at the Log Cabin charity. There was a long table of food and drinks, cookie decorating, crown making, games with hula-hoops and beanbags, music, pass the parcel and more!

Overall, I think that it was a success and really enjoyable for everyone and we’d like to thank Miss Prendergast for helping to organise it.

Today, half of our year visited Cambridge University. We first listened to an introduction by one of the members of the Admissions Department, who explained to us the structure of the University and its colleges, as well as three students who answered some of our questions. We were then given a tour around Downing College, a large college near the centre of Cambridge, known for having an excellent law library and a small theatre with seats made by Ferrari!

Then, we had an hour for lunch, in which we walked around the town and saw the outside of some of the other colleges. Unfortunately, we all got very wet because of the heavy rain, although we were frequently reminded by the students that this is not usually what the weather is like!

After lunch, we walked to the outskirts of the town, to the largest college called Churchill College. It was founded by Winston Churchill in 1960 and has a 70% intake of STEM students, as well as having a large population of postgraduate students – taking up one third of the college. An old Head Girl of NHEHS, Grace England, toured us around the college before joining a group of nine other students who very kindly led a Q&A session with us. They answered all of our questions with helpful advice which we were all very grateful for!

The rest of us got to visit Oxford University. Firstly, we looked around University College, which is perhaps the oldest college in Oxford, having been founded in 1249. After that we were lucky enough to wander 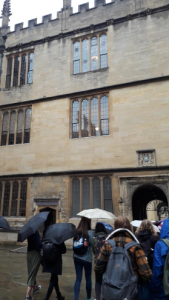 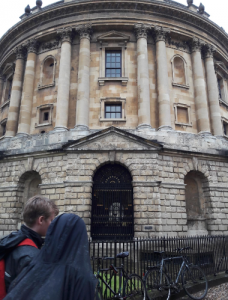 around Radcliffe Square and see the iconic Radcliffe Camera. We also got to see the Bodleian Library which, being the second largest library in Britain, was also immensely impressive.

After a quick hot chocolate, we then headed over to Jesus college and listened to Amy, Celia, Amelia, Eve, Ayesha, and Rebecca, a few of our alumnae who are currently studying at various colleges in Oxford. This was a great opportunity to hear what they thought about their courses in Oxford and for us to ask them all sorts of questions about A-levels, colleges, applications and the amount of free time they have at Oxford. It was fascinating to hear from them all as they and what they studied were all so different, and they also offered exceptional advice.

Once we had eaten lunch, we walked to St John’s College and in small groups we were given a quick tour by a student who was currently studying there. They, too, answered our questions and showed us the accommodation around the college.
Having left St John’s, we made our way back to the coach, briefly stopping by the covered market. This was a covered area, greatly appreciated in the relentless rain, with many permanent stalls that we got to look around. These stalls consisted of a wide range of goods from flowers and seeds, to clothing and other trinkets, the most popular being the cookie stall!

Finally we boarded the coach having experienced a soggy but inspirational day! 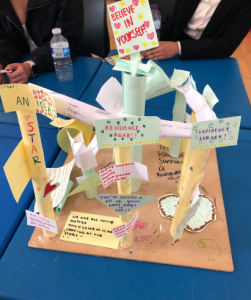 To conclude Enrichment Week, Year 10 spent the day in the main hall learning about enterprise.

We were randomly put into groups of four or five and had a number of tasks and activities to complete in our teams, for example, building the longest lasting marble rollercoaster out of paper (watch the winning design here) and tape or trying to make the most profit from buying materials and selling designs in half an hour.

These activities were designed to develop our teamwork, creativity and general entrepreneurial skills. Most importantly, we learned that enterprise is about making things happen and had a great time doing so.

Thank you to Miss Parr and all of the people involved in making the day so enjoyable!